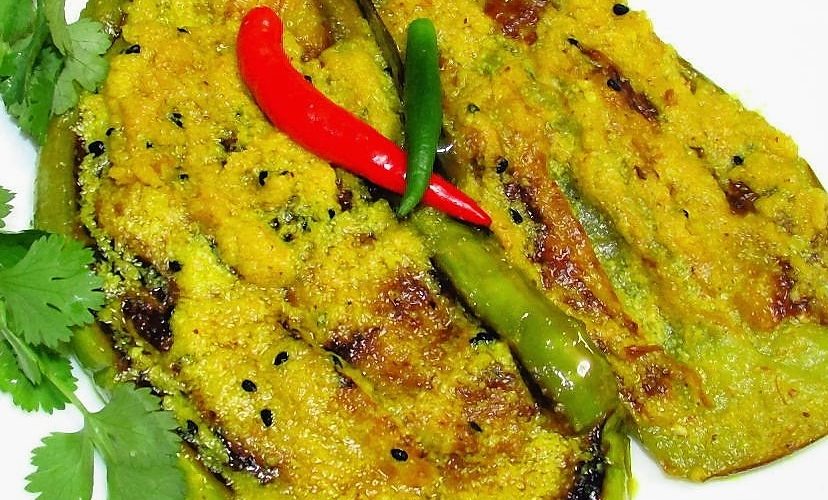 Basanti, derived from Sanskrit, literally can mean two things — one, related to Basanta or the Spring Season; and two, a light yellow colour. Two very quintessentially Bengali dishes have been named Basanti. One is the yellow sweetish pulao; and the other is this brinjal preparation cooked in again a very Bengali sauce — based on mustard and poppy seeds. Originally I reckon only mustard seed paste was used for the gravy. However, later to tame the pungency perhaps the custom of adding poppy seeds paste was introduced. I use mustard and poppy seeds in nearly equal ratio to make my paste for Begun Basanti.