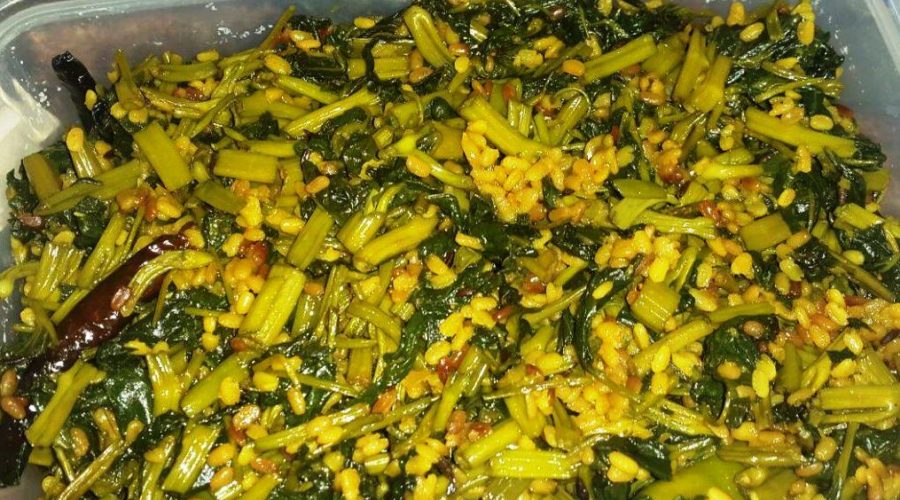 Kalmi Saag is a leafy vegetable. It is mostly found in wetlands and consumed during the summers as it is known to have a soothing effect on body during the hot and dry weather.This is a simple recipe of the Kalmi Saag that I often make with Moong Dal to serve as a first course food item with steamed rice, preferably at lunch.

Preparation-
• Dry roast moong daal, and soak for a few hours.
• Wash the greens and chop them.
• Now heat oil.
• Temper with cumin seeds and dried red chili.
• Now add the greens and stir well.
• Add turmeric powder, salt and green chilies.
• When the greens are half way cooked, strain the lentils and add them to the pan.
• At this point there would be water in the pan since the greens would give out water.
• The lentils would get cooked in it.
• Keep stirring.
• Add sugar — this would be a little sweetish to taste.
• Once the water gets evaporated turn off heat.
• Give it some standing time before you serve it with steamed rice.